I haven’t even been In India a week, and I’ve already gained so much, most especially an appreciation for the people.

I have to admit I was a little nervous, my trepidation based on stories from the news, which exaggerates the worst and rarely mentions the best. But everyone I’ve met so far has been incredibly generous, giving of their time to make my stay as best it can be, even though it means giving up their personal time.

But beyond the individuals I’ve met, there are some more things I’ve learned to appreciate.

The challenges my colleagues face

One thing I’ve gained an appreciation for is the challenges my colleagues face just doing their job, including traffic, power cuts and network issues (okay, we face network issues too).

For example, there has been times at home when I have not wanted to meet late at night, because I want to be crawling in to bed. But I now realize how difficult it is for the folks here to commit to being in the office at a certain time — and that’s even without the rains.

The diversity of India

I knew before coming that India was a largely and diverse country, but there’s a difference between knowing a fact and seeing it in action. I’m from Canada, a country I’ve always considered the gold standard of multiculturalism. However, for the most part in Canada, there are two primary languages outside the home: English and French (yes, there are pockets of other languages — don’t flame me). In India, there are 30 languages spoken by more than 1 million people (or 10 lakh of people) – and I don’t think that includes English, which is spoken to varying extents by large numbers of people.

The faces you see on the streets of Bangalore – or even in the small local office of my global employer — also reflect that diversity.

The celebration of life 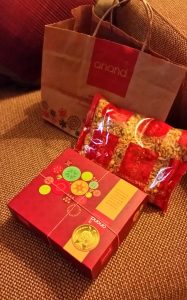 I came to India in festival season. In fact, tomorrow many offices are closed (not the one I’m visiting, though it is closed for Gandhi’s birthday on Monday). They are closed for Ayudha Puja, the blessing of instruments — which includes books, instruments of education. Already there are many garlands of flowers adorning buildings, and tomorrow and Saturday, cars and other machinery will be decorated. Given how recalcitrant my laptop can be at times, giving it a blessing, or at least a gift of flowers, might not a bad idea.

Although the office isn’t closed tomorrow, many people are taking tomorrow off, and offices give gifts to the employees. At the end of the day today, the EA came by and gave me a box of sweets and savoury snack mix — the puja gift given to the other employees.

Okay, I already had an appreciation for Indian food. But I might gain ten pounds, however much time I spend in the gym.

Seriously, everyone at the office is so giving and thoughtful, open and friendly, and I’m really enjoying my time so far. I’m grateful that I had the opportunity to visit and that I said yes.