I’m a fan of biography, of small tales from ordinary lives. One day, when I’m retired, I’d like to try my hand at writing biography. In the meantime, I thought I’d practice by telling tales from my life, starting with my time in the land of the Red Devils, the so-called Hermit Kingdom, the ROK  — more commonly known as South Korea.

About a decade ago, I went to Korea to teach English. I re-upped for a second contract, a total of two and a half years. When I came home for a visit, I completely intended to go back for more (but that’s a tale for another post).

Why did I leave my comfy life to go halfway around the world? 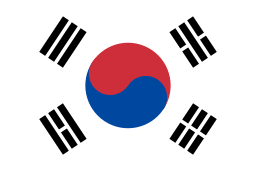 Well, in a way, it was inspired by a perfect storm. I was living in Toronto, Canada, at a job I wasn’t particularly happy at, and had been thinking it was time to make a change…maybe one that brought me closer to my family in the western half of Canada (ha!). But I was snug, if not comfortable; I didn’t make a lot of money, but I had friends and an apartment in a location I loved. And I was trepidatious about what such a drastic change would entail. Then my department was sold to another company: I would have a job at this other company or I could take severance and run. Can you guess that I took the severance and ran?

But that doesn’t really tell you how I came to South Korea. Well, I moved — box by box in the mail — to the west coast. And realized pretty quickly that the job market there was even worse than TO. Wondering what next, I returned to the occasional idea I’d had of teaching English overseas (I’d even gone so far as to do the JET interview once, which had scared me so much I’m surprised it didn’t become my stress dream). But this time I didn’t just daydream about it, I actually followed through. Eep! I even took a TEFL program (teaching English as a foreign language); after I arrived in Korea, I quickly discovered that it was totally unnecessary but it gave me the courage to take the leap.

So how did I end up in South Korea?

I realize I still haven’t gotten to why and how I ended up in South Korea. I wish I could give you a better reason for why I chose South Korea out of all the countries I could have gone to — ‘I’ve always been fascinated by Korean culture’, ‘I *heart* Yi Sun Shin‘, ‘K-Pop rocks’ — but I can’t. Honestly, I chose Korea because it was a place I didn’t know much about, other than it was modern and I could make enough to keep paying off my student loans.

Which still doesn’t really answer the question of how I ended up in South Korea, but you’ll have to stay tuned for the next post the get that tale.

So why do I call it the land of the Red Devils?

You mean beside having a sensational blog post title? Isn’t that enough?

Okay, that’s not all. I’m not a huge football fan, but I lived in Korea during the 2004 Olympic games (in which the ROK team participated), and the cheer squad for the national team is the Red Devils. And they had songs and chants that I couldn’t help but sing along to, even if I didn’t understand most of the words…”Oh! Pilseung Korea!” Just listen and see if you can get it out of your head.