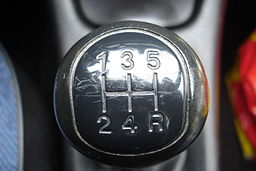 A Facebook acquaintance was asking for stories about the best and worst days of people’s lives. I’m not good at bests and worsts — how does one choose a favourite book, a favourite movie, a favourite place, when there are so many that are unique and wonderful in their own way — but it got me thinking. I don’t have a best or worst day, but there was a day that combined aspects of both. Warning: graphic pictures ahead.

At the time, I was running regularly (I also have a post on why I run)…I had a schedule (I possibly had a problem). I usually went at lunch, but that day the team was going for a picnic. But I had to get that run in, so I decided to go before work. I went decked out as I usually did, running gear and nothing else — no phone, no id, no money…I had many lessons to learn that day.

I had a rough idea of the route I was going to take through the neighbourhood, but not a set route. This neighbourhood had many beautiful trees, the sunrise through the leaves dappling the light. Trees that caused the sidewalk to buckle.

At some point, I caught a toe on a heaved bit of pavement. I basically fell like a board—a board that was going forward at speed that was now falling at speed. It didn’t happen in slow motion. Quite the opposite: before I knew it, wham, I was lying face down wondering what the hell had just happened, blood coming out of some wound on my head.

Then my luck starts to change

Bleeding profusely with no way to call for help (because I didn’t have my phone), I stumbled back to the corner, wondering what the heck I was going to do. But I was lucky I fell where I did…in the hotel district. Near hotels that run 24×7. I walked to the nearest one and asked the man at the desk if I could use their washroom, thinking maybe I just needed some paper towel to staunch the bleeding. One glance and — besides being slightly nauseous — I knew paper towel was NOT going to cut it. So I stumbled back to the lobby and asked the kind fellow if he’d call the ambulance.

As luck would have it, this hotel was the local waiting spot for the EMTs (emergency medical techs) and their ambulance. Unfortunately, they were currently out on a call. But they still got there pretty quickly. The folks in the ambulance were great and commented on my ability to breath deeply — yoga, I said. I think they were just trying to keep me talking so I didn’t go into shock.

At the hospital, I got onto a table or gurney or whatever you call it pretty quickly…possibly because it was easier to clean the blood off of. The doctor who stitched me up was great, barely leaving a scar, and the nurses (as always were awesome).

After I was stitched up, being the idiot I am, I took a cab home rather than calling someone to pick me up (remember I didn’t have a phone and, for some reason, I wasn’t thinking clearly). I didn’t mention to the cab driver that I didn’t have any money on me. Luckily he trusted me enough to let me walk up to my apartment to get my wallet without a fuss.

Given that this is a rather long tale, I’d like to say it ends there, but not quite. Over the course of the next day or so, the bruising and the swelling took hold. My right eye swelled shut, and I ended up with a big purple goose egg.

Luckily, I live in a country with free health care. So when I freaked out over the next few days, thinking I was going to lose my eye, I was able to go to the walk-in clinic. And the doctor. …no, I don’t think I did. And none of this left me bankrupt.

I could also work from home (rather than shocking people with the state of my face) and had a boss who brought my laptop to me. And co-workers who sent me an Edible Arrangement!

The day of the fall, when it was just bruised and not swollen, I went for a walk, thinking it would help calm me and keep me from stiffening up in odd ways (not so much). I also needed something for the possible swelling (btw, ibuprofen might be an anti-inflammatory but it’s also a blood thinner). Outside the grocery store, a fellow stopped me and asked what had happened, asking if I did MMA since I looked like he did when he used to box. I told him the truth, though I thought his take would make a better story. And that it was a much better story than what a lot of people assumed had happened.

I was waiting at a bus stop at 0-dark early o’clock the next week to head to the airport, and a fellow — not entirely sober — walks by and sees my face. He asked me what happened, and I told him, but he assumed I was lying, and started shouting about how he hated when men hit women, how wrong it was. I appreciated the sentiment, even it wasn’t what had happened, and I wished he hadn’t started shouting. But I was lucky that that wasn’t what had happened. Unless I fall in this freakish way again, it was a one-off.

And that’s my unfortunate fortunate day

A few years later, I still have a bit of a ‘button’ as my brother-in-law called it, where the bruise calcified (I think…ask a doctor). But seriously, I count myself lucky — it could have been so much worse.

And beside seeing how fortunate I am, I learned a few other lessons. To be a little more flexible, for example — I don’t have to go for a run just because it was a “run day”. And always, always, every single time, take ID, money and a phone.