You can now buy the series (invididually or as the box set) direct via Payhip: https://payhip.com/CReneAstleBooks, or read for free using your local library — if they don’t have the ebook, you can request it.

Below are the books in the core Bloodborne Pathogens series, in order, followed by the free novellas related to the series. 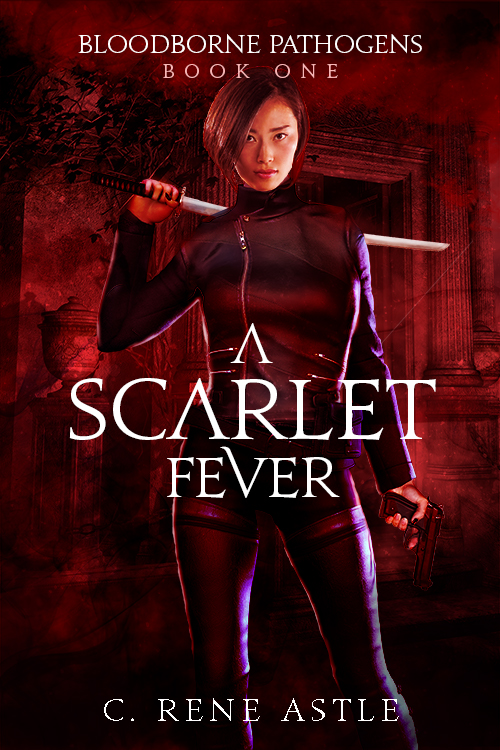 It was supposed to be one night to blow off steam. But one thing led to another. One look across the dance floor. One sexy stranger invited home. One playful bite too many.

One night that changed Mina Sun’s life. She wakes up to find she’s a reluctant vampire caught in the middle of an ancient battle between opposing forces that both want a piece of her.

As she struggles to adapt to life as one of the undead, and come to terms with her unnatural thirst and unexpected hungers, a new threat arises – part terrifying myth, part half-forgotten legend.

This threat jeopardizes the precarious ceasefire between warring vampire factions, and puts everything she loves – her city, her family, her friends – in danger. Can Mina protect them from the darkness that’s descending, and can she save herself?

Book 2: A Plague of Shadows 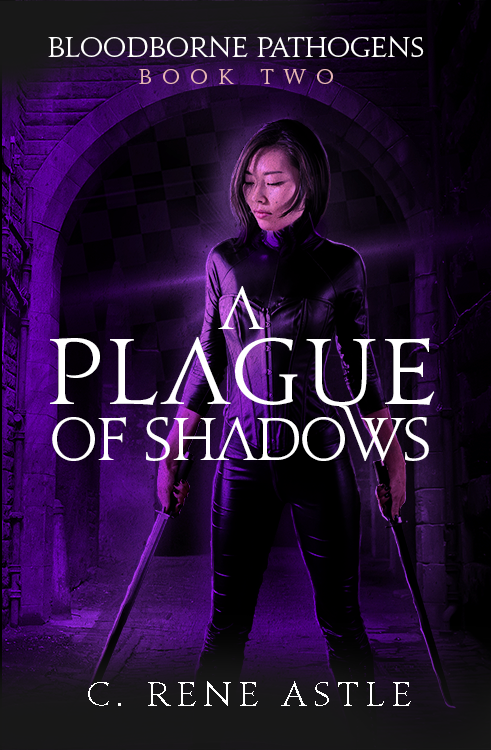 And now bodies are turning up, sucked so dry they look like mummies. It’s not the gargoyles: they leave a mangled, gnawed-on corpse…if they leave a corpse at all.

Check out an excerpt with a (sort of) new character.

Book 3: A Spell of Death 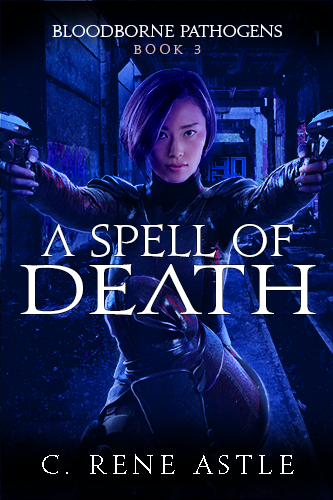 Coincidence? Mina’s a little too busy to care. Cam lies comatose, bound by an unknown magic, and unable to share whatever secrets she holds about the Herald or the coming of Night.

And Mina still has to settle things with her family and mother’s estate before she ‘dies’ herself. Jack promised to help her die and untangle herself from the bonds of family.

A Bloodborne Pathogens Novella: A Demon of Midwinter 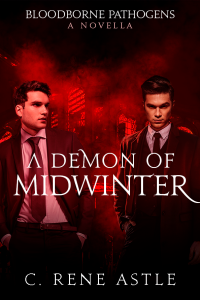 A troubled human. A lonely vampire. A voracious demon.

Rhys Baines knew his life story: go to university then join the ministry, where he could continue to read the history and philosophy that he loved, with a side of science. But now he’s not so certain. Questions already gnaw at his stomach after the death of his best friend…his only friend. Then he meets a handsome stranger.

Darius has a secret. And it isn’t whatever is in the runes on the parchment he holds. He’s a vampire on the hunt, and he needs the arcane writing translated to help his lonely quest. When he stumbles upon Rhys, he finds an answer — someone who can help with the runes and the loneliness…if he lets him.

But an insatiable demon stalks the nighttime streets of Oxford. And it has Rhys’ scent. Can they overcome their differences to solve the riddle and find the demon before it kills again?

Sign up to get your free copy today! Learn how Dar and Rhys first met.

A Bloodborne Pathogens Novella: A Circus of Devils 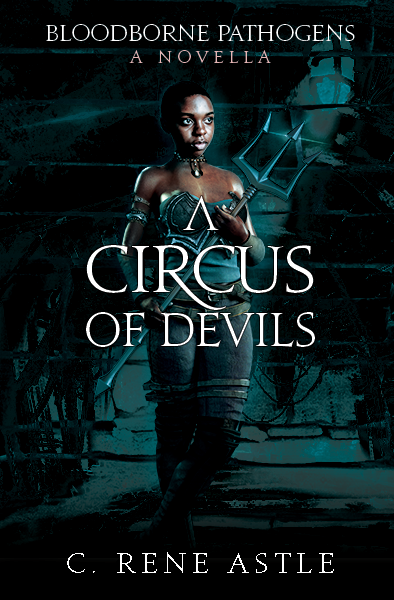 Forced to fight in the arena, Beta discovers an aptitude for combat and an appetite for death.

Being a gladiator in a two-bit arena in a dusty city on the edge of an empire may not be the life she expected when she ran away from home, but it’s better than being married off to a monster. Freedom is her ultimate goal – but she’s owned by her gladiatorial school. And being one of its best fighters means she can’t just walk out the door.

Beta sees a way out when a stranger arrives, and the owner of the school makes a bet he can’t afford to lose…but can’t possibly win without her.

Playing against the odds, she takes a chance and soon finds herself fighting in a new set of games against opponents unlike any she’s faced before. Pitted against warriors with abnormal strength and astounding speed, and unsure who’s friend and who’s foe, she fights just to stay alive.

But winning in the Circus of Devils might cost her everything.

Sign up for my newsletter to get this free story of how Bee came to be a vampire.