It was supposed to be one night to blow off steam. But one thing led to another. One look across the dance floor. One sexy stranger invited home. One playful bite too many.One night that changed Mina Sun's life. She wakes up to find she's a reluctant vampire caught in the middle of an ancient battle between opposing forces that both want a piece of her.As she struggles to adapt to life as one of the undead, and come to terms with her unnatural thirst and unexpected hungers, a new threat arises – part terrifying myth, part half-forgotten legend.This threat jeopardizes the precarious ceasefire between warring vampire factions, and puts everything she loves – her city, her family, her friends – in danger. Can Mina protect them from the darkness that's descending, and can she save herself?

And now bodies are turning up, sucked so dry they look like mummies. It’s not the gargoyles: they leave a mangled, gnawed-on corpse...if they leave a corpse at all. 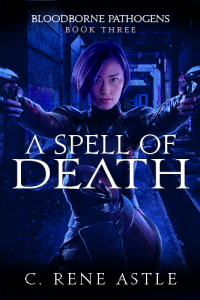 Coincidence? Mina's a little too busy to care. Cam lies comatose, bound by an unknown magic, and unable to share whatever secrets she holds about the Herald or the coming of Night.

And Mina still has to settle things with her family and mother’s estate before she 'dies' herself. Jack promised to help her die and untangle herself from the bonds of family. 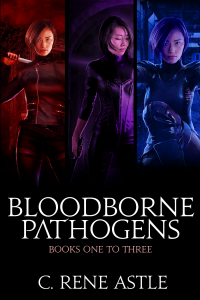 One look across the dance floor. One stranger invited home. One playful bite too many.

It's just supposed to be a night out for a bit of fun. But one thing leads to another. And Mina Sun's life is changed forever.

When Mina wakes up, all she wants is to get through the day – her uni classes and a shift at the tattoo shop – but she's plagued by a wicked headache and an unusual hunger.–

While she struggles to keep her life together, she realizes something is terribly wrong. It's only when she's cornered by a tenacious vampire that she comes face to face with just how wrong. Awakened to a world she never knew existed, she finds herself caught in the middle of an ancient battle. And both sides want a piece of her.

As Mina struggles to adapt to her new life, a new threat arises – part terrifying myth, part half-forgotten legend. An ancient creature that jeopardizes a precarious ceasefire between the warring vampire factions, and puts everything she loves – her city, her family, her friends – in danger.

Can Mina protect them from the darkness that's descending, and can she save herself?

Find out now in the complete Bloodborne Pathogens series!